2014 was a year with plenty of winners and decent performances but without a headline big win though many achieved very high ratings and placings in important races. My purchases achieved over 90 wins from over 58 individual winners with others that I cannot verify in overseas racing jurisdictions.

Having won the Group 2 King George Stakes at Goodwood in 2013, MOVIESTA found 2014 a rather frustrating season being beaten a length or less in two Group 1 races and the same in a Group 2!!  Second, beaten 1/2 length, in the 5 furlong Group 1 Prix de l’Abbaye at Longchamp on Arc de Triomphe day, having met trouble in running.  Third in Group 2 King George Stakes at Goodwood beaten 1/2 length. Fourth, beaten 1 length having been hampered, in the Group 1 Nunthorpe Stakes at York’s Ebor meeting.  Hopefully he can win the elusive Group 1 race he deserves in 2015, probably over his preferred distance of 5 furlongs.  Rated 112, he still won over £60,000 for trainer Bryan Smart and part owner Harry Redknapp in 2014, to add to the £115,000 earned previously – a 44,000 Gns. Breeze-Up purchase. 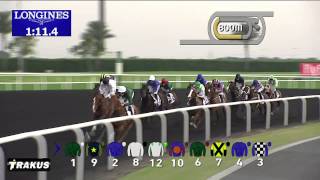 ASMAR made his racecourse début as a just turned 3 year old and soon won the Listed Al Bastakiya Stakes at Meydan in Dubai.  His next start was the Group 2 UAE Derby on World Cup night when he was second to subsequent Breeders’ Cup Classic runner-up Toast Of New York.  He attained an official rating of 113 for owner/trainer Fawzi Nass.

SECRET PURSUIT won twice on her way to the Chester May meeting where she showed her ability being beaten only 0.5 lengths in to second in the Listed Cheshire Oaks.  Given a break over the summer by trainer Marcus Tregoning, she won on her autumn return by an eased down 2.5 lengths in the Listed Prix Solitude at Saint-Cloud.  She’s a half sister to Group 3 winner & Group 2 placed Pearl Flute and will be a nice foundation broodmare for owner Guy Brook.  She remains in training for 2015.

LAMAR was second in the Listed Fleur de Lys Fillies Stakes at Lingfield over 7 furlongs having threatened all season in decent races for James Tate.  She was also 4th in the Group 3 Nell Gwyn Stakes at Newmarket and in the Listed Prix Miss Satamixa at Deauville.

Adventure Seeker – having won at 2 years in 2013, he started the year rated 78 but having won a handicap at York’s May meeting, then been second by less than a length in the £80,000 Melrose Handicap back at York and again second by a head in the £100,000 Betfred TV Handicap at Newmarket, he finished the year rated 100.  He looks an exciting prospect for owner Hamid Rashed and trainer Ed Vaughan.

Former Group 1 Golden Shaheen winner KRYPTON FACTOR had lost his way a little until re-finding some form back on the grass in the UK for rookie trainer George Peckham, with a decent win in a Conditions race and 4 places (all his starts) to take his career earnings to £1.26 million – he was a 100,000 Guineas purchase.

Mehronissa could be anything in 2015 having won her only start in a decent looking 2 year old maiden at Newmarket over 7 furlongs.  A 65,000 Gns. yearling, this Lawman filly has been given entries in the Group 1 Irish 1,000 Guineas for owner Salem Rashid and trainer Ed Vaughan.

3,500 Gns Tattersalls Horses-in-Training purchase CLAUDIA OCTAVIA was a revelation in her 3 year old career in Hungary winning on 3 occasions in the Hungarian Listed races – Hazafi Dij, Maganyos Dij (Hungarian Oaks) & Magyar Kancadij.  She was also second in the Slovakian Oaks and third in the Austrian 1,000 Guineas.

Evo Campo only cost €5,000 as a yearling but won on her début as a 2 year old before being sold to race in America for a sizeable profit for trainer Mark Usher & owners.

£3,000 yearling bargain buy MIRACLE OF MEDINAH, who won a Group 3 & Listed races in 2013, couldn’t repeat that form in 2014 but was placed in a couple of Listed races for trainer Mark Usher.  The owners syndicate had been offered big money for him at the end of 2013 but, for very understandable and sporting reasons, had turned the sizeable profit down.

Mujazif eventually bagged a decent £25,000 handicap at the end of the season for Dandy Nichols and finished, as he started, with a rating of 91.

Three year old Red Pike won 4 races in 2014 for part owner Sir Alex Ferguson having started the season rated 77 before continuing to be guided expertly by trainer Bryan Smart to a rating of 94.  He should be a real force in 6 furlong heritage handicaps as a 4 year old in 2015.

The old timers – St Moritz has been the soundest of horses even at 8 years old and he won his 9th & 10th races on his 40th & 41st career starts, yet he is still racing off an official BHA handicap rating of 92.  Also 7 year old Swiss Cross has now had 60 career starts and added another win in 2014 to bring his victories to 7 and had to suffer an official BHA handicap rating of 97 during the year.

CARPE DIEM proved himself a top 2 year old by storming to a Grade 1 win in the Breeders’ Futurity Stakes at Keeneland by 6.5 lengths – a race his half-brother had also won.  The son of Giant’s Causeway was then a very honourable 2nd in the Grade 1 Breeders’ Cup Juvenile at Santa Anita in November.  He is a half-brother to 36,000 Gns purchase DREAMWRITER who is his only winning female sibling.  Her value has leapt forward and Carpe Diem looks a lively contender for the Kentucky Derby in May 2015.

GRAPHIC made the transformation from decent handicapper to black type performer at the first time of asking in 2014.  He started by winning the Listed Doncaster Miles Stakes and went one better when readily winning the Group 3 Prix Messidor at Maisons-Laffitte.  He was also placed in the Group 3 Diomed Stakes at Epsom, Group 3 Prix Perth at Saint-Cloud, Listed Paradise Stakes at Ascot and Listed Hyde Stakes at Lingfield.  He is out of the Night Shift mare FOLLOW THE LEAD who I purchased for 20,000 Gns. for Dermot Cantillon in 2005.

Galileo colt Odeon briefly looked like an Epsom Derby candidate when 4th in the Group 2 Dante Stakes at York and later a St Leger possibility when 3rd in the Group 2 Great Volitigeur Stakes again at York.  He was also placed in the Listed Noel Murless Stakes at Ascot and the Listed Glasgow Stakes at Hamilton.  He is out of Mark Of Esteem mare KITE MARK who I bought as a filly for 55,000 Gns. for Northmore Stud.  She has previously produced Group 2 winner and Group 1 second Kite Wood for Northmore Stud.

In The Sales Ring

In 2012 I bought winning Dubai Destination mare HOMETIME for €200,000 for Newsells Park Stud carrying to Shamardal – she is a half-sister to Group 1 Prix de Diane winner West Wind from the family of Balanchine.  Hometime has benefited from her own-sister producing Ihtimal (by Shamardal), who is a Group 2 winning 2yo & also Group 1 3rd in the 1,000 Guineas.   Hometime‘s 2013 Shamardal colt was a real cracker and sold at Arqana August Sale to Sheikh Mohammed Al Maktoum’s team for €320,000 meaning that the mare is already in profit.  Hometime has a 2014 colt by Newsells young sire, Nathaniel, and is back in-foal to Shamardal.

Dansili Group 2 winner and Group 1 placed mare STRAWBERRYDAIQUIRI was sold in-foal to Dubawi at Keeneland November Sale for $1.45 million by Aislabie Stud.  She had been purchased privately in 2010.

Two very satisfying results were firstly Itchen Valley Stud, who I am retained to advise, getting 40,000 Gns for a yearling colt by Showcasing out of Queen of Havana.  Showcasing stood at an advertised fee of £4,500 in 2012 when this colt was conceived.  Secondly Whitwell Bloodstock bought Blue Beacon for €36,000 in 2012 with me and had received 31,000 Gns. & 35,000 Gns. for her first 2 foals for them.  Her 2014 colt foal made 78,000 Gns. at Tattersalls December Foal sale, making him the second top priced colt by his first season sire, Harbour Watch.

I was busy in the sales ring buying 37 yearlings that have gone in to training with a multitude of trainers – Andrew Balding, John Gosden, William Haggas, Ron Hodges, Jedd O’Keeffe, David O’Meara, Henri Pantall, George Peckham, Sir Mark Prescott, Bryan Smart, Mark Usher, Ed Vaughan and Venetia Williams.  These were headed by price by 200,000 Gns. for an Exceed And Excel colt who is a half-brother to Group 2 winner and Group 1 2,000 Guineas second, Delegator.

16 mares/fillies were bought to go to stud at various sales for Biddestone Stud, Newsells Park Stud and a number of EIS schemes set-up by the Camacho family.  These purchases were headed by price by Group 3 winner HAZARIYA for €480,000 for Newsells Park Stud. I also bought mares to export to Hungary, Pakistan and Saudi Arabia.

21 horses-in-training were purchased at public auction, some for trainers George Peckham, Sir Mark Prescott, Bryan Smart & Marcus Tregoning and others were to go abroad to Bahrain, Dubai and Hungary.