SUMMER FESTIVAL won the Group 2 Italian Derby with a strong front running role and looks set to take to the International stage.  Out of Diktat mare KAMMAAN who Oliver has bought twice as a broodmare, the latest time for Pinnacle Bloodstock.  Oliver also advises on the stallion and booked the mating to sire Poet’s Voice.  Kammaan was rested in 2017, has a colt foal by Nathaniel, and is in-foal to Poet’s Voice (Poet’s Voice has sadly died since).

HAZAPOUR (2015 Ch.C. Shamardal x. Hazarafa (Daylami) entered the Epsom Derby equation when scoring emphatically on his seasonal debut in the Group 3 Derrinstown Stud Derby Trial at Leopardstown.  He is now 3rd favourite for the Epsom Derby on June 2nd.  Hazapour is out of a Listed winning half sister to Epsom Derby and Irish Derby winner HARZAND; and is therefore out of a daughter of HAZARIYA (who Oliver bought for Newsells Park Stud for €480,000).  Newsells Park resold Hazariya for 2 million Guineas in 2016, and they still retain 2 daughters from the mare. 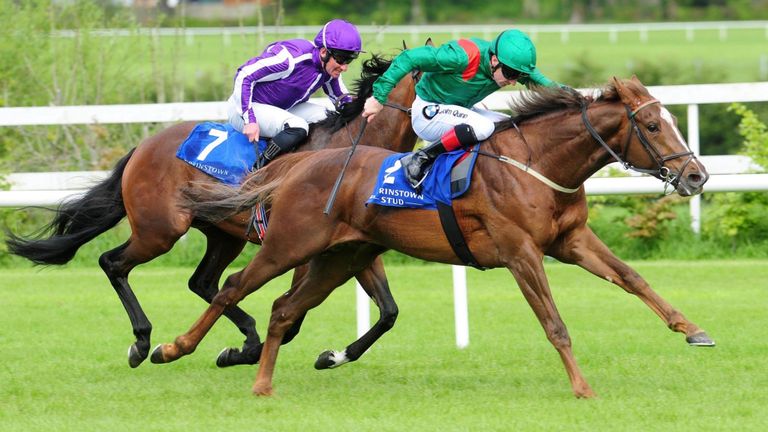 4 year old Holy Roman Emperor filly INSHIRAAR, who won 3 races in 2017, enhanced her record and paddock value by taking 3rd in the Group 3 Prix Maurice Zilber at the recently renovated Paris-Longchamp for owner Fawzi Nass.  This was her 2nd race of the year and it is hoped to add further Black Type to this French bred fillies record over the summer.